ICAS In Solidarity with Standing Rock 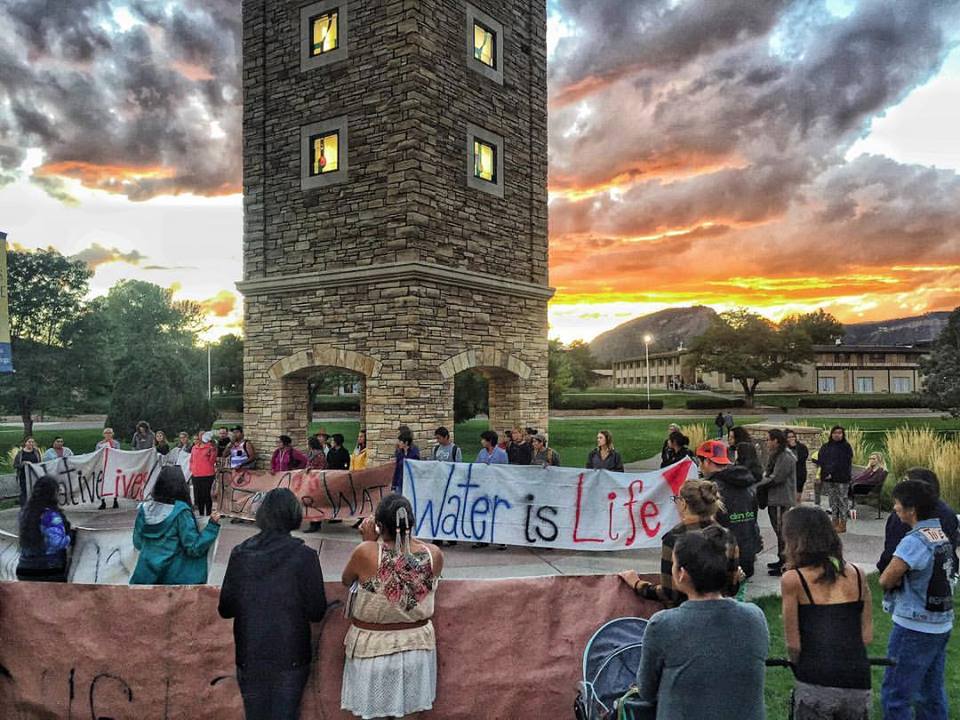 The Institute for Critical Animal Studies is one of the only global animal liberation organizations dedicated fundamentally to intersectional scholarship and total liberation activism. We have a history of being in solidarity with Native American and indigenous tribes and nations such as co-sponsoring the largest Not Our Mascot rally against the Washington football team and co-sponsored forums with many tribes and Native Lives Matter, Idle No More, and the American Indian Movement. ICAS has also organized food drives for Native youth and panels to discuss critical animal studies and decolonizing presented by indigenous people at our annual conferences. In holding to these values, a number of our Executive Directors and members have been organizing and are planning actions in solidarity with the protectors and/or Native and Indigenous people at Standing Rock, North Dakota in the United States against police repression and violence and federal and state intimidation and eviction notices on treaty land.
We are completely against Dakota Access Pipeline (DAPL) and ask other animal liberation groups to join this effort for the protection of land and waters against the petroleum and gas industry.
We advise if you go up there that you work for and listen and do not take lead or control of any projects. We advise those involved in animal liberation to keep that to the side and your veganism, rather than speaking about it and promoting it. There is one cause up there and the animal liberation movement could learn a lot about decolonizing and community building from Standing Rock.
ICAS asks all animal liberation movements especially all ICAS volunteers and chapters to organize solidarity actions for Standing Rock now and send that information to us.