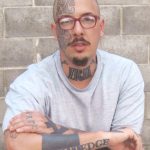 Anthony Nocella- Hello Abdul Haqq. It is great talking to you and getting to know your life story and complex politics beyond animal rights and environmentalism. It’s a breath of fresh air when someone that is vegan and involved in animal rights does not need to talk about those issues twenty-four/seven, but can speak to other injustices as well. What would you say are some of the other issues that you are deeply concerned and care about and why?

Abdul Haqq– More and more, I find the problems of technologically advanced civilization to be at the root of most of the injustices and oppressions we face today, including those against animals and the Earth. It’s not something that most people currently recognize because we are so saturated with its effects that it has become completely ambient in our culture. But, the fact is that whether we are looking at the prison industrial complex, animal farming, oil and coal production or police brutality, etc., we are talking about oppressions that are only as methodically capable as technology can provide. Prison, for example, employs the latest in surveillance, confinement, depravation, and punishment. Without advanced technology, it really would not be feasible to keep millions of people incarcerated. Just as the slaughterhouse industry and so-called animal research industry employs everything from genetic engineering to the thumbscrew and rack.

Technology creates a capacity, and, without absolving those capacities, they will always become used. Think of a canal: you can stop the water flow, making the canal of no effect and it sits there doing nothing. However, its capacity is not diminished: once water is applied it is directed in exactly the same way.

The same can be said for all technology. Every new innovation opens up a Pandora’s Box of unforeseeable capacities, some good and some bad, but most wholly unforeseeable and seemingly unstoppable once employed. Today everyone is wrapped up in combating or protesting the effects, but not the cause: the human constructed capacity. And it’s not a political problem – that is, politics won’t solve it – only the collapse of industrial civilization will restore the balance. Capacity will not be destroyed through capitalism, socialism, anarchism, or any other futile, jargon laden, political ideology invented by a bunch of dead white guys with overheated brains.

A much more personal injustice that I am attached to outside of animal rights is the struggles against racism and for the liberation, emancipation, and self-determination of all People of Color as well as those economically disadvantaged and economically oppressed.

AN – When did you become involved in these issues and why?

AH – When it comes to my views against technology I really have only had chance to sit back and think these things through since my incarceration in 2010. I have read extensively on the subject. I like much of what John Zerzan has to say on the subject, and in the few conversations I had with him he was a very nice man besides.

When it comes to the fight against racism, well, I have been dealing with that my whole life. I’m Puerto Rican, I spent my teenage years in the inner city of Denver, below the poverty-line in a duplex with twelve relatives. I dealt with all the horrors that People of Color are privy too. Racist cops, soup kitchens, drug abuse, sexual abuse, violence and of course prison. I have now spent ten years total behind bars (one quarter of my life). When I joined the straight edge movement in the 1990’s there was a lot of Nazi skinheads in Denver. They were older, tougher and organized. So we, the straight edge movement, became tougher and smarter and at times more violent than them to combat the plague of racism in our scene. For me it was never about ideologies or principles as it was about fighting against real serious and acute daily racism in our neighborhoods and against the substance abuse that plagued my family.

AN – Has your political analysis and activism changed over the last twenty some years and, if so, how?

AH– Yeah definitely. I’m forty years old now and I definitely see things differently than when I was twenty. Back then I held most of the same ideals and beliefs, but I saw things in a narrow and two dimensional way. Everything was either this or that, black or white. I didn’t like to look at the fact that things have complexities, people have complexities and not all things can be easily explained away or dealt with. As far as activism, that changed, too. When I was twenty I was really more interested in venting my anger at injustice and it was very important for me to be identified and connect deeply with a cause. My activism was more about me than I cared to admit. For many young people in the 1990’s animal liberation was more of a scene to find friends and to feel valued, then a movement, which is larger than the individual. Today, I don’t consider myself an “activist” at all. I just consider myself a person with deep convictions with a desire to help the world be a more just place.

As far as my political analysis, that has definitely changed as well. In short, I really despise political analysis/theory. I used to identify as some sort of anarchist, but in a true evaluation of my beliefs I found them to be in conflict. I believe in right and wrong, good and evil and not in a subjective and secular way. I don’t seem to have all the politically correct hang ups and taboos the plague anarchists. It seems to me that anarchism is just an extremist form of leftism that cannot divorce itself from leeching off of other people’s struggles and activism.

AN – One issue that is very important to me and to ICAS, which we have been working on for the last fifteen years is total liberation. I am sure you have heard the term, which is about a broader global social movement for all to be liberated and emancipated. How do you define the term and how do you work toward total liberation from behind bars?

AH – Yes, of course I am familiar with the term, and I definitely support people being as free and emancipated and for a just society. But, I often wonder how exactly everybody can do that without trampling on the rights of others. For example, lots of people like to do drugs and party, often times this leads to addiction, which leads to faulty decision-making and a whole host of social problems. Does a person’s desire to feed an addiction supersede society’s right to be free from its devastating effects?

In reality your rights end where another’s begins and any action that crosses the rights of another is not a right per se, but only an ability. Ironically, if we strictly observe the rights of all, which I highly recommend, then society actually becomes fairly conservative and ethical, and of course since many people don’t care whatsoever for observing others’ rights by restricting their own behavior, somebody will have to enforce something akin to laws or rules. And we are right back to those with a hedonist or degenerate bent complaining about their rights to carnality, addiction and senselessness.

Of course, many people I talk with that identify with total lib feel like once everyone raises their political consciousness enough everyone will be on the same page. But that’s the same thing that republicans, communists and nearly all ideologues say as well. Of course if everyone cared about the same set of values we could all live in harmony, but we don’t and it doesn’t look like we will.

AN – ICAS does a lot of work with and in support of the Black Lives Matter movement over the last two years. After the many shootings in 2015 of Mike Brown, Eric Gardner, and Freddie Gray (to name a few) and now in the last few weeks with Alton Sterling murdered by police in Baton Rouge and Philando Castile murdered by police in Saint Paul. What are your thoughts on what we can do? What are black prisoners saying about this issue where you are at?

AH – I am glad to see the awareness being raised about police brutality and these violent murders of black and brown people. I guess now that white people can see it first hand from cellular video accounts it has gotten more air play. It’s an interesting symptom of white society in America that once they figure out that this is real and not simply urban myth that now it’s a huge shock. Of course, any black or brown person from the hood knows damn well that the cops are dangerous and will potentially kill you. I think we’ve all known that for centuries now. And true to the nature of the white power structure, since they have begun to figure it out they now seek to instruct the rest of us how to deal with it and stand against it.

That’s why I think it is important that People of Color fight against these injustices on our own terms and not the terms of the system, and definitely not on the terms of white activists seeking to assuage their white guilt.

As far as what Black prisoners that I know say about it, they think it is sick and wrong, they are angry when they see the death of their people on TV, then they all stare at each other and wish they had the power to stop it. The interesting thing is that everybody seems to think it’s terrible except the white inmates. Most of them are very racist and all tattooed with swastikas. In this instance they seem to sometimes be conflicted over who they hate more: the Blacks or the cops.

AN – With so many activists saying that prisons are a very punitive, violent, oppressive, and repressive places, do you, or prisoners you know, have alternatives for prisons? If so, what are they?

AH – Well yes all prisoners have different ideas about prison reform but they are largely immaterial because we are on the lowest rung of this society. Our voices are largely censored and unheard and the authorities have a vested interested in keeping us that way, because prisoners create a huge source of revenue for prisons and corporations. Prisons are not going to let us go home and downsize their own business.

Prison is a very punitive, violent and oppressive place. Actually it’s worse than that, it crushes souls and turns them into obsessive, compulsive and frustrated dependents. It’s an artificially controlled environment designed to belittle you and destroy your pride. It’s a place that seeks to sever your independence and replace it with sugar, television and fist fights.

And yet there is another sad truth. Many of the men I am locked up with, I am glad they are here with me and not with you. How do you reform in any meaningful way a serial rapist, a child molester or a pathologically violent man that can bench press nearly five-hundred pounds with no rehabilitation, medication, counseling, or therapy in here? Society is violent and oppressive and it is breeding a population that is violent and oppressive. I and my fellow inmates are surrounded by the products of that system and, unfortunately, we oftentimes become products of that system.

AN – When it comes to support, what can people do for you?

AH – Money isn’t everything……….. But then again it’s not nothing either.

Thanks so much Anthony for the questions. I really enjoyed the opportunity to speak with you. Take care and I’ll do the same.