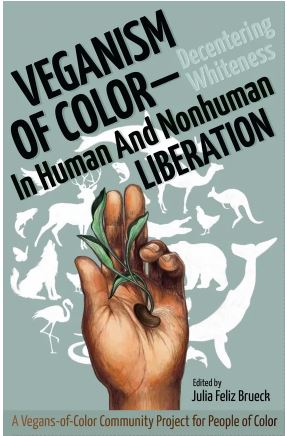 Forget everything you’ve heard from mainstream white veganism; this  isn’t a book about single-issue advocacy through the most privileged of lenses. Veganism of Color is a compilation of writings from  seldom-heard voices of color drowned out by the same white noise that  systematically oppresses us all– vegan or not. This community-led effort  is a call from Vegans of Color to People of Color to decenter whiteness  and work towards dismantling a form of oppression that, although very  different, interconnects with our own. Embracing a social justice  spectrum that is aware of, and working against, all forms of supremacy  is a must if we are going to achieve true liberation from systems of  oppression for ourselves and other marginalized communities. 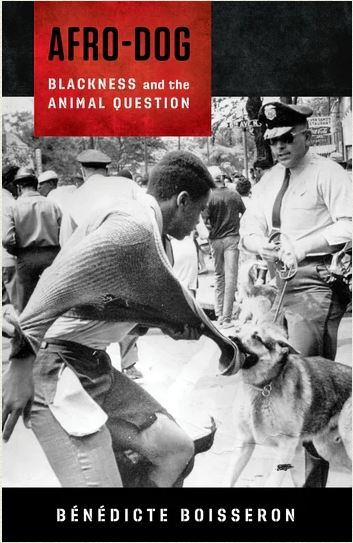 The animal-rights organization PETA asked “Are Animals the New Slaves?” in a controversial 2005 fundraising campaign; that same year, after the Humane Society rescued pets in the aftermath of Hurricane Katrina while black residents were neglected, some declared that white America cares more about pets than black people. These are but two recent examples of a centuries-long history in which black life has been pitted against animal life. Does comparing human and animal suffering trivialize black pain, or might the intersections of racialization and animalization shed light on interlinked forms of oppression? In Afro-Dog, Bénédicte Boisseron investigates the relationship between race and the animal in the history and culture of the Americas and the black Atlantic, exposing a hegemonic system that compulsively links and opposes blackness and animality to measure the value of life. She analyzes the association between black civil disobedience and canine repression, a history that spans the era of slavery through the use of police dogs against protesters during the civil rights movement of the 1960s to today in places like Ferguson, Missouri. She also traces the lineage of blackness and the animal in Caribbean literature and struggles over minorities’ right to pet ownership alongside nuanced readings of Derrida and other French theorists. Drawing on recent debates on black lives and animal welfare, Afro-Dog reframes the fast-growing interest in human–animal relationships by positioning blackness as a focus of animal inquiry, opening new possibilities for animal studies and black studies to think side by side. 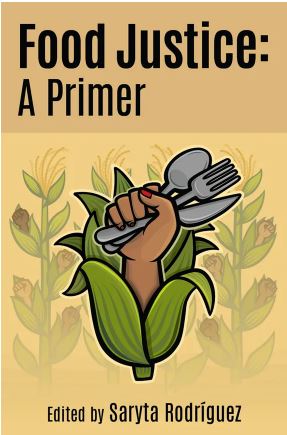 Food Justice: A Primer is a  collection of essays by activists, academics, farmers, and others  involved in the Food Justice Movement examining food justice and food  sovereignty from a variety of angles. These essays range in scope and  tone from personal, hands-on experiences to macro-level observations of  how communities’ ability to both access healthful, justly-produced food  and determine for themselves how they are fed can be improved upon,  including efforts currently underway toward these ends. For too  long, the Food Justice Movement has been senselessly divided between  those who focus on the rights of humans and those who uphold the rights  of nonhumans. In truth, the most just and efficient way forward to  promote this cause is for these communities to come together and work in  solidarity with one another, as myriad individuals and organizations  around the world demonstrate with their hard work and careful analysis.  This book aims to illustrate why this is necessary while confirming that  it is possible, in hopes of inspiring further cooperation and  collaboration between seemingly disparate causes under the umbrella of  Food Justice. Every book sold helps support “Casa  Vegana de la Comunidad,” a community-led food justice project from  Chilis on Wheels based in Puerto Rico. Chilis on Wheels founded the now  permanent community house after providing hurricane relief to thousands  of Puerto Ricans after hurricane Maria in 2017. The organization also  helps provide food and other resources to homeless people and nonhuman  people through its various chapters across mainland U.S.

Racism as Zoological Witchcraft: A Guide to Getting Out (2019, Aph Ko) 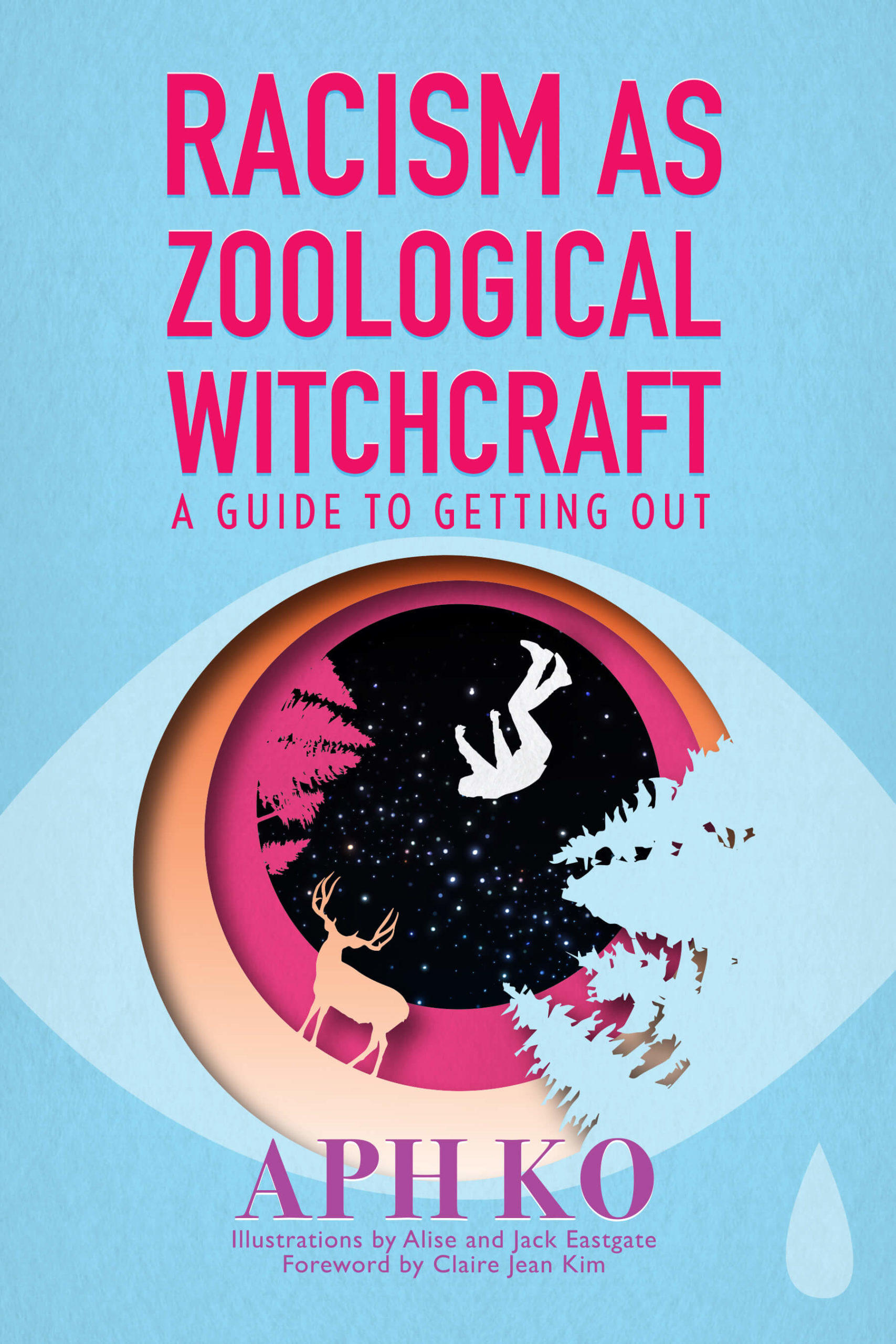 In this scintillating combination of critical race theory, social commentary, veganism, and gender analysis, media studies scholar Aph Ko offers a compelling vision of a reimagined social justice movement marked by a deconstruction of the conceptual framework that keeps activists silo-ed fighting their various oppressions―and one another. Through a subtle and extended examination of Jordan Peele’s hit 2017 movie Get Out, Ko shows the many ways that white supremacist notions of animality and race exist through the consumption and exploitation of flesh. She demonstrates how a critical historical and social understanding of anti-Blackness can provide the pathway to genuine liberation. Highly readable, richly illustrated, and full of startling insights, Racism as Zoological Witchcraft is a brilliant example of the emerging discipline of Black veganism by one of its leading voices. 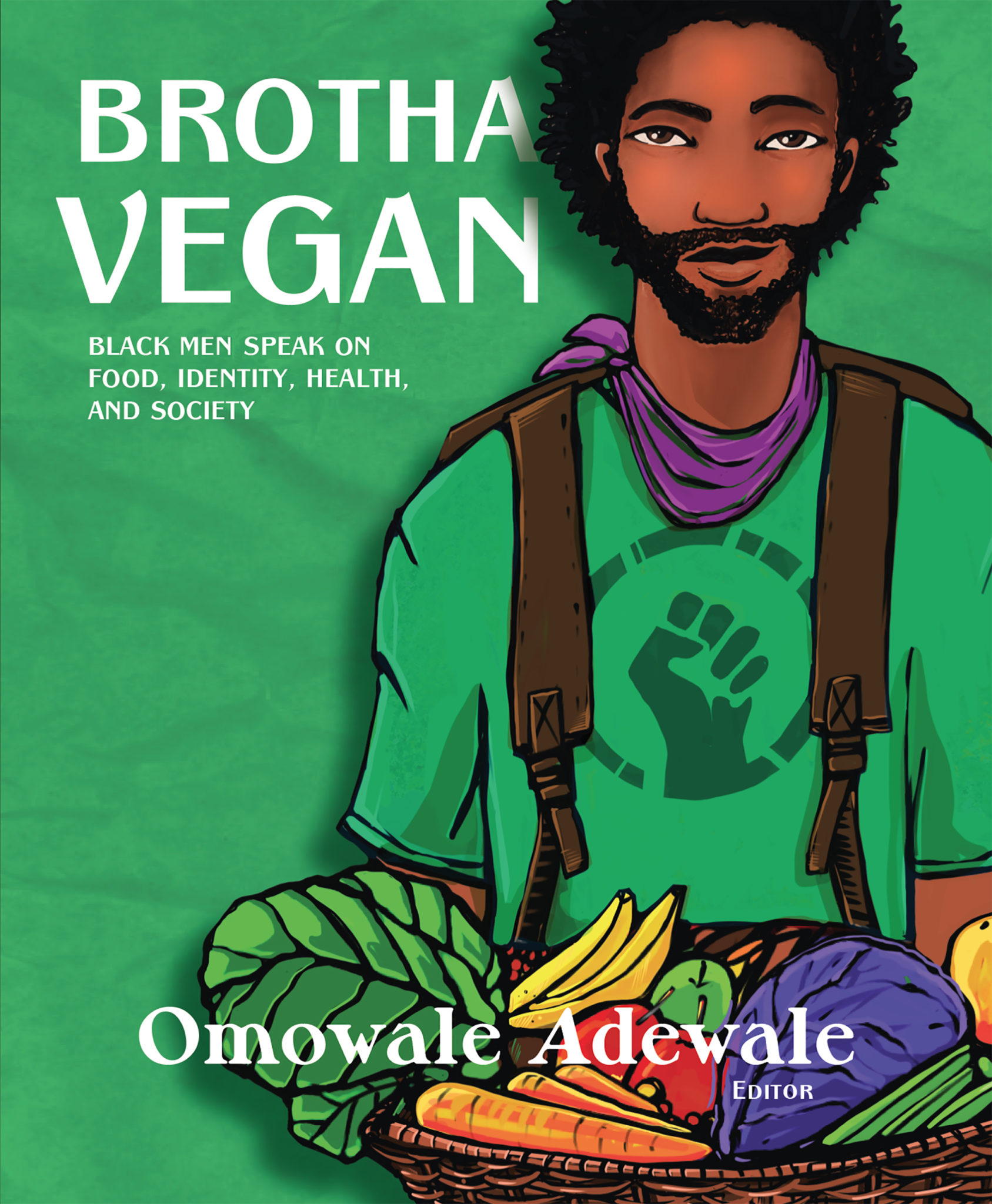 Black vegan men discuss masculinity, sexuality, race, diet, health, fatherhood, social justice, animal rights, and the environment in this companion volume to Sistah Vegan. In 2010, Lantern published Sistah Vegan, a landmark anthology edited by A. Breeze Harper that highlighted for the first time the diversity of vegan women of color’s response to gender, class, body image, feminism, spirituality, the environment, diet, and nonhuman animals. Now, a decade later, its companion volume, Brotha Vegan, unpacks the lived experience of black men on veganism, fatherhood, politics, sexuality, gender, health, popular culture, spirituality, food, animal advocacy, the environment, and the many ways that veganism is lived and expressed within the Black community in the United States.

Edited by Omowale Adewale—founder of Black Vegfest, and one of the leading voices for racial and economic justice, animal rights, and black solidarity—Brotha Vegan includes interviews with and articles by folks such as Brooklyn Borough President Eric Adams, Doc (of Hip Hop is Green), chef Bryant Terry, physicians Anteneh Roba and Milton Mills, DJ Cavem, Stic of Dead Prez, Kimatni Rawlins, and many others. At once inspiring, challenging, and illuminating, Brotha Vegan illustrates the many ways it is possible to be vegan and reveals the leading edge of a “veganized” consciousness for social renewal.