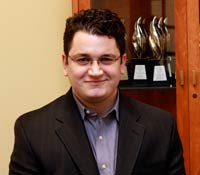 Anthony Bellotti is the founder and Executive Director of the White Coat Waste Project: a new campaign to expose and eliminate the waste, fraud, and abuse in the government’s taxpayer-funded animal experimentation budget. Bellotti is also a co-founding Board Director of the Humane Research Council. In 2010, Bellotti was honored by Campaigns & Elections Magazine as a Republican “Rising Star of Politics.” With a background in political consulting, he specializes in fundraising and advertising for political candidates, public affairs campaigns, and non-profit organizations. He served as an opposition researcher for Governor Arnold Schwarzenegger’s 2006 reelection and as the Executive Director of the American Association of Political Consultants. He’s an in-demand speaker at such conferences as HSUS’s Taking Action for Animals, FARM’s Animal Rights Conference, the Anti-Fur Society Animal Rights Conference, Effective Action Against Vivisection, and Campaigns and Elections Magazine. Bellotti holds a B.A. from the University of Pennsylvania (2000) and an M.A. from the George Washington University’s Graduate School of Political Management, with concentrations in corporate public affairs and campaign management (2005).

Sunaura “Sunny” Taylor is an American painter and activist for disability and animal rights. She currently resides in Oakland, California, and has taught classes at the University of California, Berkeley. She is the receipient of a Sacatar Foundation Fellowship, winner of VSA’s Driving Force Award, and Eisner Award, two Wynn Newhouse Awards, a Joan Mitchell Foundation MFA Grant, and an Animals and Culture Grant. He work has appeared in Monthly Review, Alternet, Yes Magazine, and Qui Parle. She is currently working on an book on animal rights and disability (forthcoming from Feminist Press 2013).

Katie Gillespie is a PhD Candidate in Geography at the University of Washington. Her dissertation explores the lives of animals in the dairy industry through a politics of access, gender, sexuality and species, and agricultural educational paradigms. She writes a vegan blog and contributes regularly other online advocacy sites. In her free time, she volunteers at Pigs Peace Sanctuary.