Phil Africa, a high-ranking member of MOVE, a Philadelphia-based revolutionary/activist organization started in 1972, died in a State Correctional Institution at Dallas, PA on January 10.

MOVE, a black liberation group founded by John Africa, with all members customarily adopting the surname Africa as well, had Phil serve as their first minister of defense. This, even though Phil, along with the others of the so-called MOVE 9, had been imprisoned since the aftermath of a 1978 shootout with the police—police officer James Ramp was fatally wounded in the event, his death animating sustained efforts to eliminate the organization for years.

Edwin S. Malmed, the judge ruling in the case, stated while passing the sentence in 1981 that “rehabilitation in this case would be absurd.” Phil was convicted of third-degree murder in a shootout that followed months of conflict and lasted 24 hours, writes Sam Roberts of The NY Times.

Phil, born William Philips, was already in prison when the police dropped explosives on the roof of MOVE’s headquarters on Osange Avenue in Philadelphia on May 13, 1985, killing 11 members. John Africa was one of those who died in the ensuing fire.

The surviving MOVE members, including Ramona Africa, had been fighting for years to free the MOVE 9 from incarceration. As the news of Phil’s death spread, she said members of the organization had not been allowed to visit him when they learned he was placed in the prison infirmary.

She also stated that when, after much insistence, Phil was allowed to call his wife of 44 years (36 of which they were separated by his incarceration), Janine Africa, “he was heavily drugged, incoherent, and couldn’t even hold the phone to talk to her.” 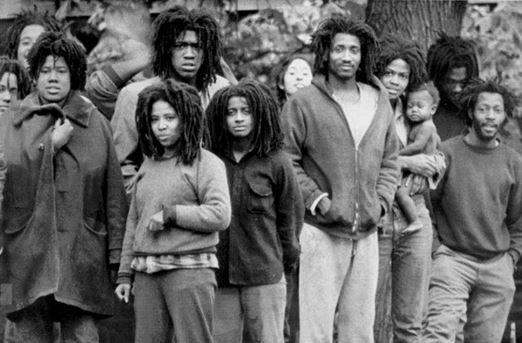 Between his stay in the infirmary and the later attempt at conversation with his wife, Phil was “secretly transported to Wilkes-Barre General Hospital, where he was held in total isolation, incommunicado, for five days,” Ramona says.

The exact circumstances of Phil’s passing, then, are said to be suspicious. A prison spokeswoman, Robin Lucas, attributed the death to unspecified natural causes. Ramona, in turn, commented that Phil’s death “is another example of how the system hates MOVE and will do anything to stop MOVE,” adding that “Phil was a father figure to many. Phil took his commitment and work as a revolutionary very seriously, but was often smiling, laughing, and giving people hugs and encouragement.”

Fifty-nine at the time of his death on Saturday, Phil Africa was reportedly the second of the MOVE 9 to pass away behind bars. May he have also be the last.