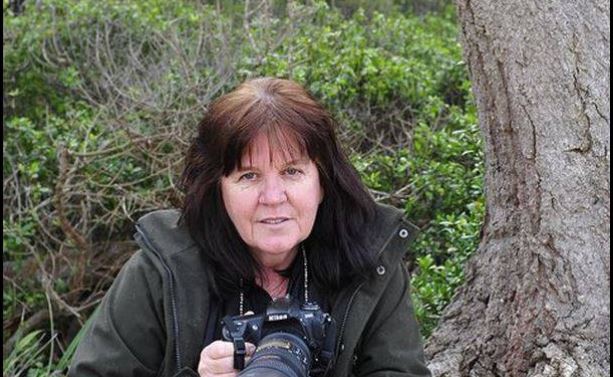 What catalysed your activism? There are three turning points in my life that have acted as a catalyst for my activism. My first experience of systematic brutality and oppression was in my early years of living in an orphanage. Later when I moved to a farm I saw this same systematic brutality and oppression played out in a different environment, on different beings. In the farming community I saw complete disregard, for example, for the animals’ fear as they were suddenly taken away from all they knew, the terrible beatings they animals suffered at the hands of transporters as they were sent off to market; the disregard for the obvious fear and terror both at the markets and then in the yards of the slaughter houses. I saw cattle and sheep forced to live in paddocks in the heat of the sun over summer with no shade and then through freezing winters unable to shelter from the wind and rain, or snow. I saw cruel treatment metered out to horses as riders took their anger out on them when they lost a competition they competed in; or horses, at sales, standing with their heads hung low, dejected, as they waited to be sold on to the next owner. I heard pigs scream as they were killed so someone could eat ‘bacon’. I heard the soul destroying cries of mother cows as they called for their babies throughout the day and night, for days on end; ending with low sobs as they realised they would never see them again. I grew up in a community who thought a fun Saturday night out was finding kangaroos or wombats that could be terrorised and then killed by running them down in cars; or shot at multiple times by drunken teens.
But my focus on non-human animals as an activist came after two more turning points. As a young adult I spent many years involved in human animal issues. I experienced, and saw others suffer under systematic brutality and oppression within psychiatric institutions that echoed a ‘One Flew Over the Cuckoo’s Nest’ approach to human interaction. I then went on to explore other economic and political systems such as communism and anarchism, finally ‘dropping out’ in the country to experience resistance as a mode of living. Then (along with my partner and our first child) we decided to launch ourselves into a living meditation. We had spent much time focusing on philosophical questions underpinning the violence that was the ‘civilization’ project. But we realised we had to look outwards as well as inwards. So in the spirit of Jack Kerouac we took a road trip; with a difference. We walked. We lived in the bush, in a tent. It was a deliberate attempt to see what it was like to live without all that we were attached to – a house, a street and a street number, our name, to lose all (as much as we could) that was our identity, that was a part of ‘civilisation’. It was a decision to see what it was like to live like non-human animals. This was a period of our lives where we learned how it was for wild animals living in the bush as we lived with them. We learned their ways, walked their paths, learned how fragile yet extraordinary the environment was, and is; even experiencing what it was like to have to hide, or freeze into the shadows, as many animals do, at the sound of gunshot when hunters were afoot.
And the third turning point took me full circle to 2008 where I (along with others) witnessed the daily slaughter of kangaroos. This event propelled me into non-human animal activism head on. Here I witnessed a holocaust like event, in all its starkness, the ‘civilised’ machine at work, with its dispassionate, methodical killing, day in, day out. Here I witnessed the hand of brutality and oppression in full swing, in yet another environment, another context. The kangaroos were rounded up and moved through narrower and narrower corridors where they were chased into a killing arena and shot. We saw and heard, amidst the chaos, lost babies (joeys) looking for their mothers. I saw one mum standing, in dignity in the confusion and terror of it all, giving her baby what would be his last drink of milk. I saw tiny little babies, who could barely stay upright, looking for their mum as they bounded around in confusion. I saw one such baby standing at the gate of the killing arena after it had closed behind his mum, separating them. He stood there, waiting for her. I have never forgotten this little one and it is he I think of when the annual killing season of kangaroos begins. This made international headlines at the time. It had a profound effect on all who witnessed it. Even a news photographer that had experience in war zones was sickened by what they saw. It is something I will never forget and, is something I don’t ever expect to ‘put behind me’.

What are some lessons you’ve learned along the way? Importantly I have learned that systematic brutality and oppression is systemic. It is integral to the ‘civilisation project’. The system, society, is so frightened of its animal self it seeks to control, to ‘manage’, to stamp out anything or anyone that challenges it. And it does not worry how. The ‘civilisation project’ will not tolerate the wild, the free. I have also learned that we are part of this. If we disassociate from this and always ‘other’ the violence this approach brings with it then we have lost before we even begin. I’ve learned that the brutality and oppression ‘out there’ is reflected in the psychological structure of the ‘self’. That is, what is ‘out there’ is ‘in there’, and vice versa. That is, as the society is frightened of its animal self, so too the individual is frightened of her or his animal self. And that the brutality and oppression metered out to non-human animals is the same brutality and oppression we meter out to ourselves, and one another, albeit expressed, and experienced, in a myriad of different ways.
On a practical level I’ve learned to be patient. We need to be. We can’t be everywhere at once. I’ve learned to focus on what I can do as opposed to what I can’t do. I have learned fear is the only thing that holds us back and when we reflect on this it is like the monster under the bed or the shadow in the corner of our room. Throw some light on it and it is nothing. I’ve also learned that it doesn’t take much to rattle the system’s cage. In fact, it takes very little. But I’ve also learned that the system will do anything, at times, to keep you quiet, to stop the alternative narratives from being voiced. So I’ve learned you have to be fearless, but smart.

Do you have strategies for avoiding compassion fatigue? I focus on what I can actually do. I can’t travel all over the world becoming involved in all the campaigns to assist non-human and human animals. And if I tried I would most probably find myself unable to give each and every campaign the intensity and focus it deserved. So even though brutality and oppression is on a global stage I fight ‘local’. I focus on what is easiest for me to access and get involved in (easiest in terms of my current resources). I find the idea of fatigue interesting because I have discovered it comes from an internal battle between a voice that constantly reminds you what you ‘should’ be doing and what, simply, ought to be done, what becomes clear at the moment of observing. The super ego voice, the ‘civilising’ voice, which often, in activists, presents itself as the ‘ideal’ is very tiring because you cannot live up to its expectations and if you don’t, you feel guilt ridden which weighs you down; hence the fatigue.

What are you currently involved in/current projects? In Australia winter is not far off. And where I live, in Canberra, this time of the year sees the annual kangaroo killing season that has been running since 2010. Australia has a nationwide commercial kangaroo killing industry that kills millions of kangaroos but in Canberra we have no ‘commercial’ killing. However we now have an annual killing season, known as a ‘cull’. I am currently working with a few people on the ground planning our direct action tactics for this year. Last year, due to a sudden ‘game change’ by the government we were unable to save many kangaroos at all. The year before (2012) we saved nearly 1000. That is we thwarted the shooters so they couldn’t kill every night to the capacity they had planned to. So this year, now we know the tactics the government will use – that is not involving the police to shut down the shooting when protesters are on the reserves – we have a plan that we think will work; and we are in the middle of nightly training sessions. However, it’s all trial and error as we don’t know what other tactics the government (local government) will come up with this year. But we have to give our ideas a go and if we are successful well and good. If not, then we have to shrug our shoulders so to speak and get on with it. The work we do is unromantic, definitely not glamorous, and we have very few ‘wins’. We work in the freezing cold, often out from 6pm till 4am, coming home for two hours sleep and getting up to go to work the next day. Only then to finish work, come home for a quick bit to eat and out again in the dark and cold for the night. This goes on for 4, sometimes 8 weeks depending on how long the government holds the ‘cull’ for. Physically it can be exhausting. We are a small but very committed group of people. The other issue I am involved in at the moment is the asylum seeker issue. Our government is locking asylum seekers up, some indefinitely, and on neighbouring islands, not on mainland Australia; even though they have not committed any crimes and only seek refuge from their war torn countries. So we have had two very large protests about this recently which I attended. We also have a ‘March in August’ which a nationwide march of protest in Australia against the current government policies. This brings together a number of disparate groups of people. It is very human centred but, along with other animal advocate groups, I hope to increase awareness of the affect these same policies have on non-human animals. And at the time of writing this we have also just finished our second annual ICAS Oceania conference which was a big success.