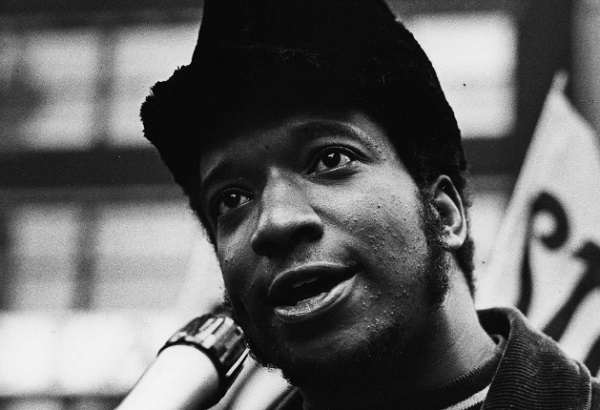 December 4 the annual anniversary of the assassination of Fred Hampton, a plot carried out methodically in cooperation by the FBI, the Cook County state’s attorney’s office, and the Chicago police.

The circumstances of the night-raid, in which Hampton and another Panther leader, Mark Clark, got killed, were not clear at the outset. Careful investigation revealed, however, that the authorities had long conspired to have Hampton–incredibly charismatic, outspoken, and active in Chicago–eliminated.

Democracy Now commemorated the Hampton’s murder by conducting an interview with the author of The Assasination of Fred Hampton: How the FBI and the Chicago Police Murdered a Black Panther, Jeffrey Haas. Hampton was only 21 on the day of his death. An extremely talented revolutionary and promising, evolving intellectual, he was on the way to becoming a major threat to oppressive state ideology and structures. The decision and conspiracy aimed at getting rid of him were therefore not surprising, and surely Hampton–like countless other radicals–saw it coming.

What happens when power expects another figure of Malcolm X’s stature to come round and destabilize its capitalist underpinnings? The answer to all but the most naive is clear; and Hampton’s, as well as other Black Panthers’ tragic deaths at the hands of state-issued violence, are testament to that.

Our passion and efficacy scare the hell out of the oppressors. As animal liberationists we know we have a reputation far exceeding what we’ve already accomplished. This is telling of what we still need to get done–our reputation has to be deserved.

To all those that are unfamiliar with Hampton’s story, views, style, and presence, the linked interview might be of help. To the rest of us, it will serve as a painful reminder of state-capitalist brutality employed day-in, day-out, in defense of class and other privileges.

But Hampton would not have liked to be turned into a martyr. He was a practical thinker serving the people. That’s it. We should not fetishize him, either. Fetishization is the first step towards forgetting the vital substance of the matter. You put someone up on a stand only to stop listening.

The Panthers, especially in the upper echelons of the party, were still riven with authoritarianism, sexism, anti-white racism, not to mention blatant speciesism. Perhaps the single, most recognizable element of the many memorable Panther slogans is the derisive use of “pig.” “Pigs want war;” “the only good pig is a dead pig;” “these racist Gestapo pigs.” What the pig has to do with the Gestapo is beyond me. The tragedy of this has been that this unacceptable vocabulary has entered the national US vernacular.

This is what happens to a speciesist party in a speciesist society: the most pervasively exploited and powerless beings end up victims of struggles for the freedom of others, themselves condemned to injustice. The Panthers, then, have been by no means historically unproblematic, and a growing body of scrupulously researched evidence and literature attests to this. Still, there are lessons that the Panthers can teach us–the activists of today. The anniversary of Hampton’s death is as good a place to start us up on our education as any.

Previous: The Logic of Political Violence: Lessons in Reform and Revolution
Next: Call for Presentations for Oceania Conference