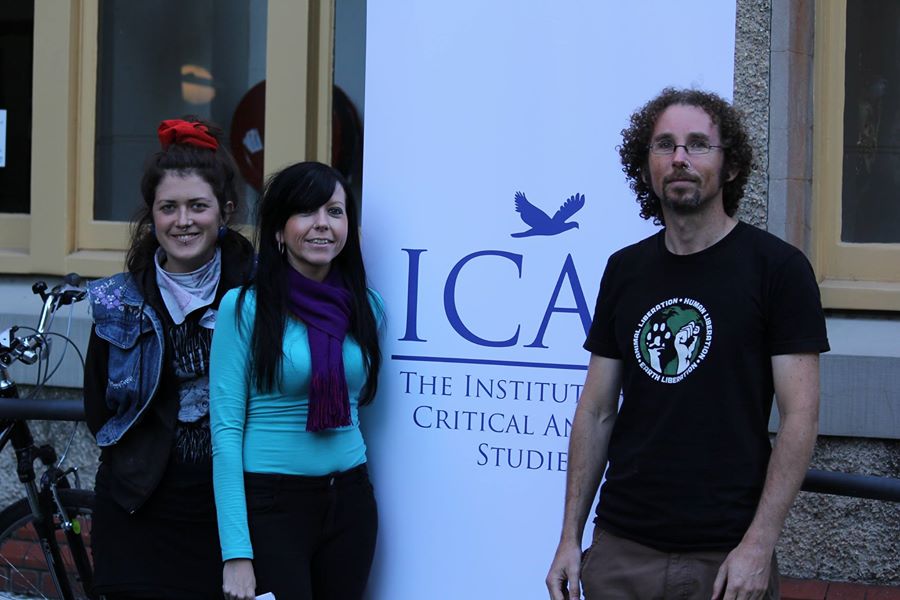 Carolyn Drew is an Australian academic and writer. She currently teaches out of University of Canberra and University of Canberra College. Her philosophy on education is inspired by Neil Postman and Paulo Freire. Carolyn’s main aim is to create a learning environment where the student is empowered through nurturing critical thinking skills. Concurrent with this area of interest is her passion for animal rights and activism. Carolyn is particularly interested in the human rupture from the natural world and its underpinning of the exploitation and abuse of animals, including that of humans, throughout history. In 2009 she co-authored ‘The Harvest’ published in the ‘Southerly’, Australia’s preeminent Australian English Association Journal. ‘The Harvest’ is a faction story based on the 2008 slaughter of 512 kangaroos trapped in a disused Naval Transmission Station in Canberra, Australia. Carolyn has a BA in Communication Honours (Canb) and a Masters in Education in Adult education (UTS).

Jessica Ison is a PhD candidate at La Trobe University in Melbourne, Australia. She is writing on the intersections of queer theory and animal liberation. She is a tutor at RMIT University in Global, Urban and Social Studies. Jess is the 2014 ICAS Tyke scholar of the year and the chair of the Gender and Sexuality Intersectional Research Collaborative. Currently Jessica is compiling a book of queer critiques of gay marriage in Australia called To The Exclusion of All Others. She lives in Melbourne, on Wurundjeri land, with a bunch of nonhuman and human animals.

Colin Salter, previously an Institute for Critical Animals Studies board member, teaches in the Faculty of Arts at the University of Wollongong. His research explores approaches to, bases for and process of change in social justice activism—building on more than 15 years of grassroots activism. His publications include the books Whiteness and Social Change: Remnant Colonialisms in Australia and Canada (2103) and Animals and War: Confronting the Military-Animal Industrial Complex (Editor, in press) and the paper Activism as Terrorism: The Green Scare, Radical Environmentalism and Governmentality (2011).