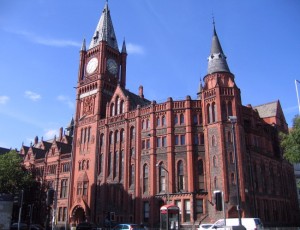 This day conference will bring academics and activists together to consider future ways of addressing the radical implications of critical work on understanding and dealing with with other species and discuss interspecies relations, cultures, and systems of domination.

The Future of Critical Animal Studies

10.40 Prof Robert Garner (Leicester) ‘In Defence of Sentiency: A Critique of One Version of Animal Rights’

3.40 Dr Richard Twine (Lancaster) ‘Putting the ‘Critical’ in Critical Animal Studies. What does it Mean?’

Alistair Currie is Policy Adviser to PETA UK, the British affiliate of the world’s largest animal rights organisation, People for the Ethical Treatment of Animals. His specific area of expertise is animal experimentation but his work encompasses all aspects of animal use. He has appeared in the media frequently and spoken on animal rights issues in debates and other public fora regularly. He previously worked for the British Union for the Abolition of Vivisection, Viva! and Uncaged Campaigns.

Professor Celia Deane-Drummond is Professor of Theology and the Biosciences at the University of Chester. Her more recent books include, The Ethics of Nature, Blackwells, 2004; Future Perfect: God, Medicine and Human Identity, ed. with Peter Scott, Continuum, 2006; Ecotheology, DLT, 2008; Creaturely Theology: On God, Humans and Other Animals, ed. with David Clough, SCM, 2009; Christ and Evolution, Fortress/SCM, 2009.

Jasmijn de Boo (BSc, MSc, DipEd) is an animal welfare scientist and educator. She was a candidate for the Dutch political Party for the Animals during the 2004 EU elections and was actively involved from 2003-2004 in the Dutch party until she emigrated to London. She has lived in Thailand where she studied gibbon behaviour, and she has worked for the World Society for the Protection of Animals (WSPA) and the Brooke Hospital for animals in developing countries, for five years. She was involved in further and higher education in the Netherlands for four years from 2000 to 2004. She is currently focusing on writing and publishing research articles about alternatives to animals in experiments, which, she hopes, may lead to a PhD via Research Publications.

Professor Robert Garner is Professor of Politics at the University of Leicester, and author of numerous books and articles on the philosophy and politics of animal rights including Animals, Politics and Morality (MUP, 2004 second edition) and The Political Theory of Animal Rights (MUP, 2005). Currently the recipient of a Leverhulme Trust Fellowship working on a project “A Theory of Justice for Animals”.

Dr Simon James is Senior Lecturer in Philosophy at the University of Durham. His main interest are in environmental philosophy, existential phenomenology, moral philosophy and Buddhist philosophy.

Dr Dan Lyons is an award-winning animal rights advocate and political scientist. He is Campaigns Director of Sheffield-based advocacy group Uncaged, an Honorary Research Fellow at the University of Sheffield’s Department of Politics, and an elected Town Councillor in Stocksbridge, South Yorkshire. Between 2000 and 2003 he successfully fought a historic legal battle against Novartis Pharma AG to win the right, on public interest grounds, to publish leaked documents describing severe pig-to-primate organ transplant experiments which breached regulations.

Dr Karen Morgan is currently working at Cardiff University on a research project assessing the impact and effectiveness of the ethical framework for local government in England. However her main areas of interest are concerned with empirical and theoretical research into gendered and symbolic violence, print media analysis, and issues around ethical veganism and animal rights. She is co-founder (with Dr M. Cole) of Vegatopia, a website which is intended to inform individual and collaborative research and teaching, as well as making a contribution to vegan activism. She also acts as a school speaker for the Vegan Society, delivering talks or lessons on themes such as a general introduction to veganism, global issues, environmentalism, ethics and morality and nutrition.

Dr Anat Pick is Senior Lecturer and Programme leader in film at UEL.  Her book Creaturely Poetics: Animality, Vulnerability, and the Identity of Species is forthcoming from Columbia University Press. Anat is a Fellow of the Oxford Centre for Animal Ethics.

Dr Richard Twine is a Lecturer at Lancaster University. He writes and researches at the nexus of animal studies, critical posthumanism, science studies and eco/feminism.  He spoke at two of the recent major international conferences on Animal Studies (Meet Animal Meat, Uppsala, Sweden May 2009 and Minding Animals, Newcastle, Australia July 2009). He is currently finishing his first book, which focuses on animal biotech (Earthscan).