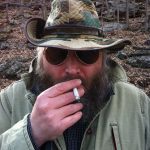 Ian Purdy: When and why did the North American Animal Liberation Press Office come into existence?

Will Hazlitt: The North American Animal Liberation Press Office (NAALPO) was formed in 2004 to respond to the mainstream media’s uncritical reporting on animal liberation activities. The Press Office takes a proactive stance to communicate the actions, strategies, and philosophy of the animal liberation movement to the media and the public. Many of these actions are illegal under a current societal structure that fails to recognize the rights of non-human animals to live free of suffering, but validates and promotes the “right” of industries to do whatever they want to animals for profit or research. Within these conditions, those in the underground working for animal liberation often cannot speak out directly. Nevertheless, their actions and message is urgent and deserves to be heard and understood. No one else was performing this function in North America.

IP: What is the mission of the ALF?

WH: The ALF is one of the most active animal liberation groups in existence, and has historically operated under certain specified guidelines, which many other groups do not. These guidelines were developed long ago and are widely known and published, though they have changed in the past and may do so again:

Any group of people who are vegetarians or vegans and who carry out actions according to these guidelines have the right to regard themselves as part of the Animal Liberation Front.

IP: The ALF has existed for 40 years. Why has it endured?

WH: The Animal Liberation Front continues to endure because the objective of total Animal Liberation and Animal Rights has yet to be reached. In addition, its rumored structure, or more accurately non-structure, allows it to operate with near impunity in the areas it seeks to target. It is a completely decentralized, nonhierarchical and leaderless group of anonymous cells. Decision making is based on consensus and information is shared strictly on a need-to-know basis. This methodology allows for maximum effectiveness while also providing strong plausible deniability in the event of operational difficulties.

IP: The ALF (and ELF) have been called the number one domestic terrorist threat to the U.S. Why has the ALF drawn such an extreme response from the state?

There is no ready answer to that question. However, if one were to hazard a guess, it would have to be the sheer effectiveness of the strategies employed by the ALF. It is worth pointing out the the word “terrorist” is bandied about so freely these days it is almost devoid of meaning. Is cutting a hole in a fence or freeing a duck terrorism? No rational thought process would draw such a conclusion. But then again, this is the government we’re talking about. And they’re not particularly rational or even reasonable for that matter.

IP: What does the ALF feel are the limitations of the above ground animal rights movement?

WH: Please note that we cannot speak for the Animal Liberation Front because those who operate under that banner are anonymous and completely unknown to the Press Office. What we will say is that the Press Office recognizes and supports the various modalities employed by different groups to achieve the desired goal of Animal Liberation and Animal Rights. And that in the furtherance of that goal it is important to avoid internecine squabbles. 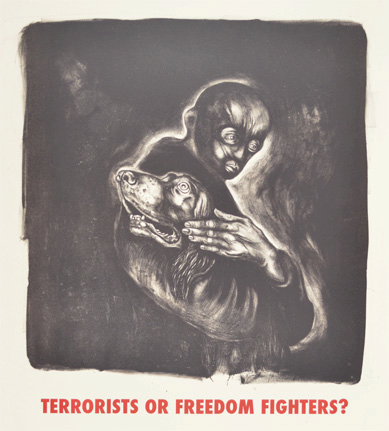 IP: What is your reaction to the accusation from mainstream activists that the actions of ALF hurt the cause for animal rights? Why is this accusation made?

WH: The Press Office makes every effort to keep the focus on helping animals. And quite frankly, we don’t concern ourselves with the opinions of others inside or outside the movement as to the support the Press Office lends to promote the efforts of the ALF. Nonetheless, much of the criticism centers around what is termed the use of “violence” by the Animal Liberation Front. Now, what actually constitutes violence is relative and of course violence cannot be committed against inanimate objects. And, animals don’t question the motives or effectiveness of the liberationists. Historically, illegal direct action has not been a hindrance in the struggle for Animal Liberation. In fact, in every successful liberation struggle throughout history illegal direct action has been a major component. Additionally, most of the general public has always been receptive to these strategies, which are usually only opposed by those who seek to profit from animal abuse and exploitation, including some supposedly pro-animal groups. So such criticism is basically a dead letter.

IP: How can readers support the ALF?