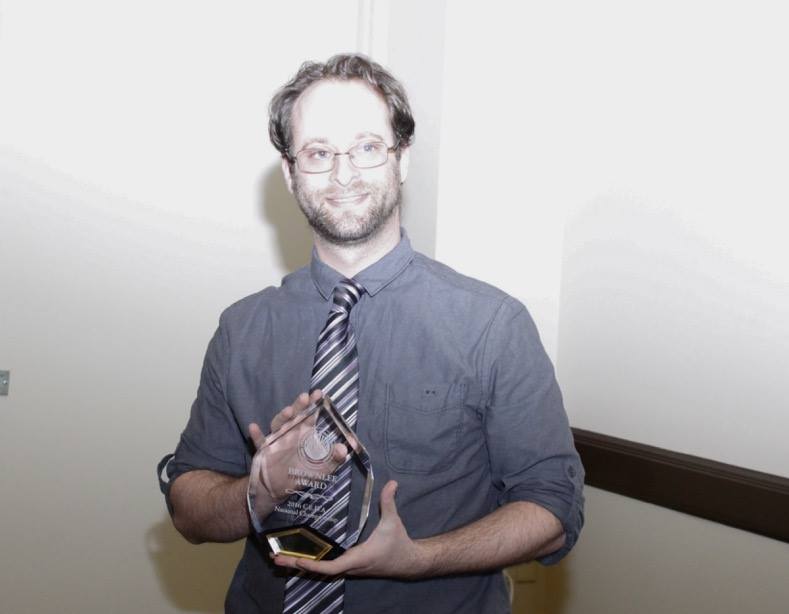 I am the Director of Debate at Binghamton University where I also teach courses out of the English department on Media & Politics. I recently completed a book project with Dr. Amber George on Critical Animal Studies and media representations, titled Screening the Nonhuman, which is available through Lexington Books. I have also previously published articles on environmental managerialism and the television show LOST, technology and apocalypse through the Terminator movies, as well as radical pedagogy in education and debate. I also serve on the Executive Board of ICAS and was previously the North American ICAS Representative from 2012-2014 where I helped to organize two conferences. I was recently awarded the Cross-Examination Debate Association’s lifetime achievement Brownlee Award for my service and dedication to the debate community and academia. I have two children both who are vegetarian (transitioning to vegan) and who enjoy attending activist events for animal liberation.

What catalysed your activism?
While I had been a vegetarian since elementary school, I became involved in animal liberation through education and reading about factory farming practices due to my involvement in debate in undergrad. After learning about this injustice, and the connections it has when layered onto other oppression, I began writing and organizing to try and stop it. As such, I have organized protests against KFC, the circus, and well as leather. I have distributed vegan literature and have run booths for vegfund as well as ICAS to get the message out, and have attended dozes of protests for Black Lives Matter and the Occupy Movement.

What are some lessons you’ve learnt along the way?
There’s always a way to do more and be better. After organizing an event, or publishing an article, go back over it and think of ways you can improve. Social justice is a marathon and not a sprint. We need to be willing to admit where we made mistakes, how we can overcome them in the future, and work towards organizing for long-term gains instead of piecemeal reforms. At the same time, celebrate in your successes as well. Make sure you take note of what you did well and repeat that in the future. Organizing and publishing takes a lot of work and a lot of revision. When you’ve finished with an event or an article it’s important to pause and remember why you’re doing what it is you do in order to direct yourself to new initiatives that can grow as well.

Do you have strategies for avoiding compassion fatigue?
Take breaks, realize where you’ve succeeded, and always remember that total liberation cannot be achieved over night. It’s easy to believe that things will never improve and the entire system must be burnt down. While the system must go, things can improve and get better. It’s up to all of us to realize how our struggles are interconnected and make allies along the way who can be trusted enough to be called friends. Once you have a good network of people to organize and work with who can be trusted it becomes much easier to not feel the burn out of speciesist pressures of consumption.

What are you currently involved in/current projects?
I am currently working on a book project on Critical Animal Studies and Superheroes with Sean Parson and another book project on Disability in Media Studies with Amber George. I am also in the process of promoting Screening the Nonhuman since it serves as a great introduction into both of these newer projects.