Mumia Abu-Jamal a former Black Panther Party member and a current political prisoner in Pennsylvania, United States. He is an award winning journalist with many publications. He can be reached by visiting his site at: http://mumiaabujamal.com/

While all of his writing and books are powerful and important to read, to keep to the Top Five ICAS project, here are the Top Five books by Mumia Abu-Jamal below. His other books can be found here. 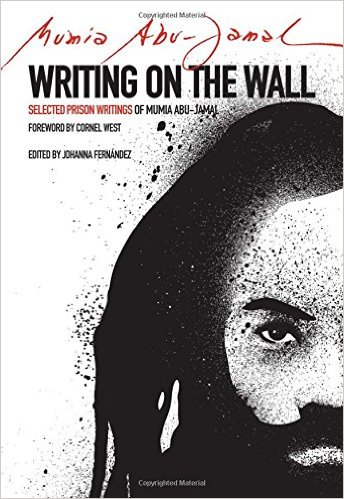 “Writing on the Wall is a selection of more than 100 previously unpublished essays that deliver Mumia Abu-Jamal’s essential perspectives on community, politics, power, and the possibilities of social change in the United States. From Rosa Parks to Edward Snowden, from the Trail of Tears to Ferguson, Missouri, Abu-Jamal addresses a sweeping range of contemporary and historical issues. Written mostly during his years of solitary confinement on Death Row, these essays are a testament to Abu-Jamal’s often prescient insight, and his revolutionary perspective brims with hope, encouragement and profound faith in the possibility of redemption.” 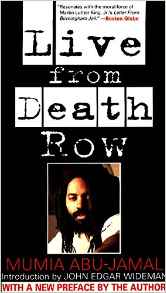 “Once a prominent radio reporter, Mumia Abu-Jamal is now in a Pennsylvania prison awaiting his state-sactioned execution. In 1982 he was convicted and sentenced to death for the murder of Philadelphia police officer Daniel Faulkner after a trial many have criticized as profoundly biased. Live From Death Row is a collection of his prison writings–an impassioned yet unflinching account of the brutalities and humiliations of prison life. It is also a scathing indictment of racism and political bias in the American judicial system that is certain to fuel the controversy surrounding the death penalty and freedom of speech.” 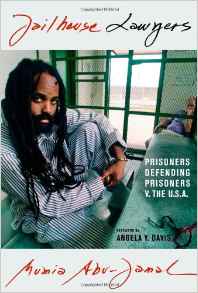 In Jailhouse Lawyers, award-winning journalist and death-row inmate Mumia Abu-Jamal presents the stories and reflections of fellow prisoners-turned-advocates who have learned to use the court system to represent other prisoners—many uneducated or illiterate—and, in some cases, to win their freedom. In Abu-Jamal’s words, “This is the story of law learned, not in the ivory towers of multi-billion-dollar endowed universities [but] in the bowels of the slave-ship, in the dank dungeons of America.” 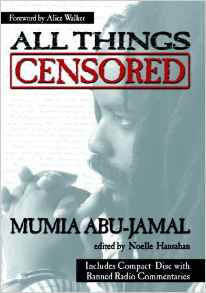 More than 75 essays—many freshly composed by Mumia with the cartridge of a ball-point pen, the only implement he is allowed in his death-row cell—embody the calm and powerful words of humanity spoken by a man on Death Row. Abu-Jamal writes on many different topics, including the ironies that abound within the U.S. prison system and the consequences of those ironies, and his own case. Mumia’s composure, humor, and connection to the living world around him represents an irrefutable victory over the “corrections” system that has for two decades sought to isolate and silence him. 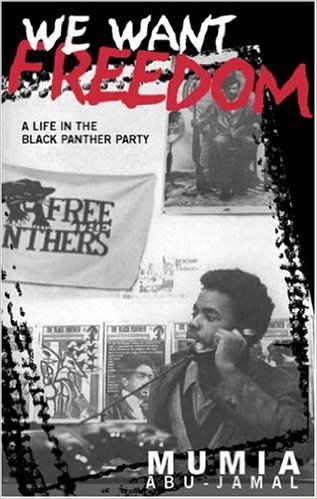 In his youth Mumia Abu-Jamal helped found the Philadelphia branch of the Black Panther Party, wrote for the national newspaper, and began his life-long work of exposing the violence of the state as it manifests in entrenched poverty, endemic racism, and unending police brutality and celebrating a people’s unending quest for freedom. In We Want Freedom, Mumia combines personal experience with extensive research to provide a compelling history of the Black Panther Party—what it was, where it came from, and what rose from its ashes. Mumia also pays special attention to the U.S. government’s disruption of the organization through COINTELPRO and similar operations.