Best monograph: Kim Socha, Animal Liberation and Atheism: Dismantling the Procrustean Bed. Twin Cities, MN: Freethought House—Socha’s book animates a much needed dialogue between animal liberation and the secular, atheist public that has, she claims, not lived up to the ethical potential inherent in its own liberation from the religious dogma that has kept other animals in positions of inferiority and subjection to the human. 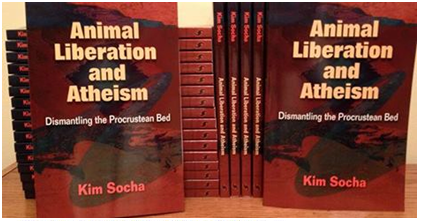 Best action: Interception of dog transport and rescue of over five hundred dogs destined for slaughter in Yunnan Province, China—Dogs destined to be slaughtered and served up in China’s restaurants were saved when the truck transporting them—apparently legally—was intercepted by animal rights activists. Interestingly, police involvement significantly slowed down the action, and overnight the activists treated the animals while remaining unable to liberate them. Many of the animals were “discovered to be sick or injured, and more than 20 of them were found dead.” In the end, the surviving ones were saved, to be cared for and adopted out. This was not the first action of the sort in China, a country where, Huffington post informs, “animal rights are an almost unrecognized issue and animal welfare legislation practically non-existent.” Read more about the action here: http://www.huffingtonpost.com/2012/04/25/dogs-rescued_n_1453930.html 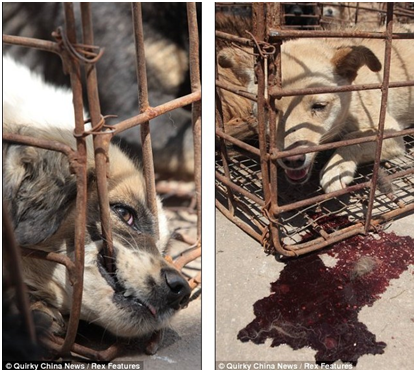 Best film/documentary: “Lucent,” by Aussie Farms and Chris Delforce, written, directed, and produced by Chris Delforce, music by Asher Pope—Increasingly known as the “Australian Earthlings,” the film sheds light on “the darker side of Australia’s pig farming industry,” and contains footage from over 50 farms and slaughterhouses across Australia. The film was crowdfunded, and is available for free download here: https://aussiefarms.org.au/pigs/lucent 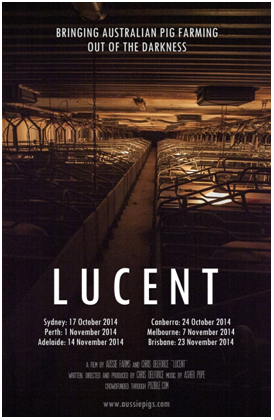 *all photo credits go to the respective copyrights holders