As November comes to a close the Top 5 for this month begins with a whole new twist. In this post we highlight 5 of the top news stories that have been a focus for the month of November.

1. We begin by looking at the Hindu sacrifice for the Gadhimai festival that will have claimed the lives of hundreds of thousands of animals over this past weekend. While the number sounds like a staggering toll, it pales in comparison to factory farming where the lives of countless are lost for human dietary preferences and traditional Western nutritional concepts. Some arguments in the effort to thwart this slaughter have highlighted the possible threat of an Anthrax outbreak due to the lack of sanitary conditions in which the animals are killed and then consumed by worshippers.

2. This zoonotic tie brings us to the second of the Top 5 news articles of November; a look at Ebola and its zoonotic link to bushmeat. However, the unnecessary pain, suffering and death of other than human animals does not only lie in the realm of dietetics. Other than human animals also suffer greatly for human curiosity and pleasure by being confined (often their entire lives) in zoos which are tragic in their entirety but only seem to draw our attention when the unexpected occurs.

3. Media attention this month focused on the case with the recent drowning of a seal after the seal was caught in an underwater drain in Winnipeg, Canada’s Assiniboine Park. The social acceptability of the zoo as a site where we can imprison others for the pleasure/amusement/profit of dominant groups also highlights intersectioning oppressions of race, gender, and animality.

4. This is highlighted by a recent comparison of Kim Kardashian’s magazine cover and Saartjie Baartman. The responses against this comparison aptly resisted the framing of Baartman’s exploitation asmere entrepreneurship by relying on the notion that it is unacceptable to treat humans like animals held in a zoo. However, it didn’t consider that the discourse of zoos function to make it socially acceptable to treat beings lower (humans and others) on our social hierarchy in ways deemed unacceptable for those at the top. 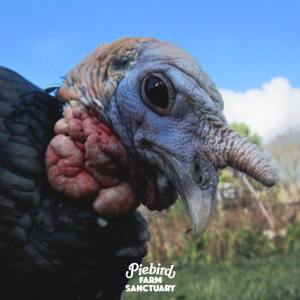 5. On a lighter note, Seattle Mayor Ed Murray pardoned two tofurkeys—seemingly in jest of the annual Presidential Turkey pardon. The author simply explains this as another “weird” thing about hippies who live in Seattle and depoliticizes food ethics*.

Previous: #BoycottBlackFriday Because #BlackLivesMatter
Next: Twin Cities Rally and March for Justice for Mike Brown